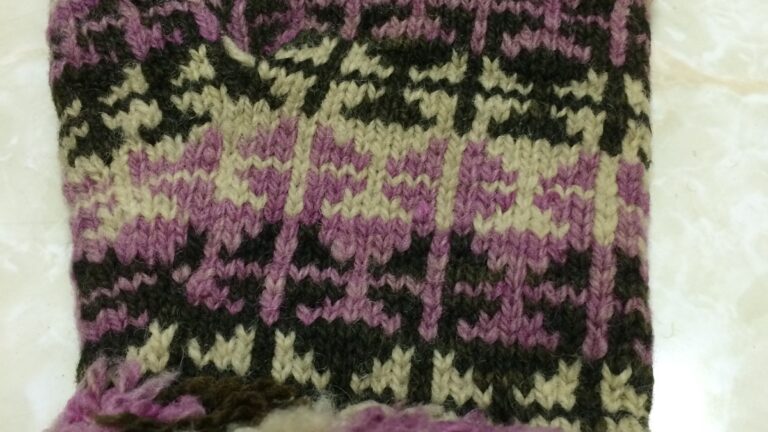 The story of the creation of the Huron Wristers is a story of connections: the connection of past to present, of generation to generation.

Back in 1972 Pearl Wheeler donated a pair of knitted gloves that once belonged to her husband Herbert to the Huron County Museum and Historic Gaol. The museum’s record notes that at the time the gloves were thought to date from 1870 and were knit by a man.

Herbert and Pearl lived in Belgrave, Ontario. Herbert had seven siblings, four brothers and three sisters.  His parents were Charles Wheeler and Mary Ann Wilkinson. Herbert was a carpenter and apparently also the local barber. How long the gloves were in Herb’s possession no one knows.

While in visiting the museum researching women’s headcoverings – I had an idea to recreate a head scarf one of my ancestors wore (that’s the lady on the upper left of the home page) – I happened upon an image of Herb’s gloves. There was something very intriguing about the gloves. First, the colours – the pink is very bold and the contrast between the pink and black is quite striking. Secondly, the colourwork pattern – it seems familiar, but yet different somehow. It looks Fair Isle inspired, but there’s something else there. And the fringe of the cuff, so interesting.

Who made these gloves? There’s no record of that. The gloves may have been knitted for Herbert by an older family member; or purchased at some point earlier on and then Herbert inherited them; or Herbert bought the gloves himself from someone; or given his trade, perhaps they were payment for some work he did. It was time to do research on the pattern and see what could be found.

The Colourwork Pattern of the Gloves

Herbert’s gloves were knit in the round using the stranded colourwork technique, working two colours of yarn in the same row, carrying the unused yarn across the inside of the work. The 8-stitch motif repeating pattern is similar to both the Shetland Fair Isle knitting pattern, ‘Little Flowers’ as well as an Estonian pattern called, ‘Cat’s Paw’.

The gloves feature a knitted fringe on a short ribbed cuff. Fringing has been used on both Latvian mittens and Estonian gloves, historical and modern versions and not so much in the Fair Isle tradition. The fringe appears to have been done using a loop technique which is done during the construction of the glove. The colourwork may seem close to the Sanquhar tradition, but it’s not a match for the following reasons according to knitters on the Knitting History Forum:

The Knitting History Forum was invaluble as it connected me with Angharad Thomas, researcher, designer and knitter. Angharad wrote, “The only pattern I could find similar to that used in these gloves was a 4 stitch x 4 row triangle in a Shetland pattern book … but there’s a limit to what can be knitted on a given number of sts in whatever colours are to hand. That’s how I think these patterns came about rather than from one tradition or another. Fringes are now associated with Latvia but there are gloves from the north of England with a fringe…” Angharad then suggested I reach out to Shirley Scott, Canadian knitting designer.

Shirley Scott, knitting designer and author, immediately suggested the similarity to Estonian mitten patterns and sent a few images of pattern motifs. She then pointed me in the direction of Nancy Bush, an Estonian knitting expert. Shirley also cautioned that there may be no clear and definitive answer as to the pattern name and origins.

Don’t be surprised if the pattern has no real name. Newfoundland patterns have never had names, for example. We made ours up, as explained in our books. It’s also hard to pinpoint the origins of patterns these days because North America has had so many waves of immigration and so much pattern sharing.

“I have found a pattern close to the one on your mittens from both Paistu and Helme parishes in Estonia (these are southwest). The difference is that the diamond with cross shapes are offset, as is the example of Sander’s Mittens in Folk Knitting in Estonia. There is another pattern that is like the ones from Helme and Paistu in a pattern book from the Rannarootsi Museum in Haapsalu. This museum tells the story of Swedish/Estonian people who lived in Estonian territory, mostly until the 2nd WW. I don’t know the story of these exact mittens, just that the pattern is close.

The fact that the diamond with cross shapes are stacked instead of offset makes me think they were not looking at any of the patterns I have mentioned above, or mittens made like them…

All that being said… this is a very simple pattern, easy to create with knit stitches and could have originated almost anywhere… it is very possible these mittens were made by someone who was remembering a pattern they knew as a child, for instance, and reproduced it as best they could, with the yarn they had…”

So, which was it, Estonian or Fair Isle? It was time to research the Wheeler family and Herbert. Where did their family originate? Was there a family tie to either Estonia or the British Isles? When an instagram post by Best Dishes, a Goderich business owned by Sarah Anderson, appeared in my feed one day identifying the wristers pattern as based on a family heirloom, chance had dropped the opportunity in my lap. It was time to connect. A couple messages back and forth and the story unfolded…

See part 2 of the Huron Wristers: A Story of Connections

Thank you for reading! 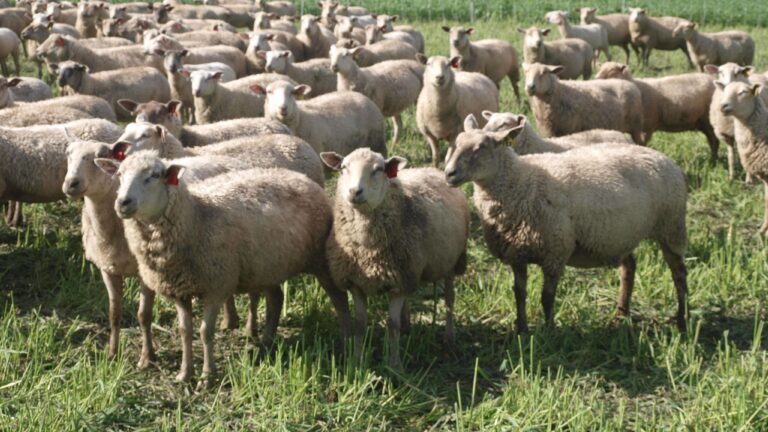 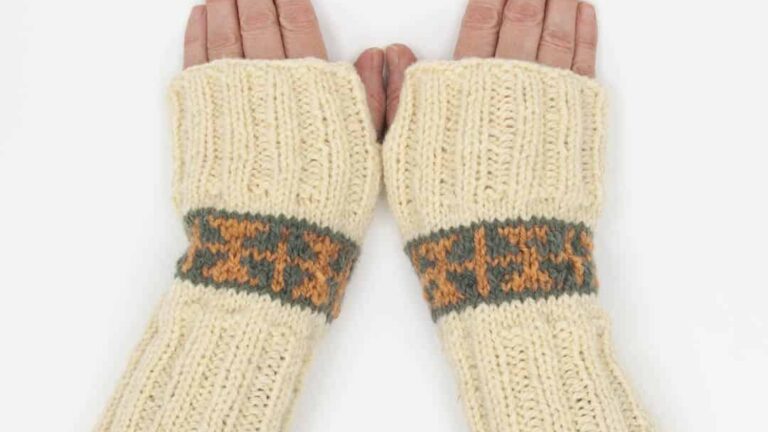 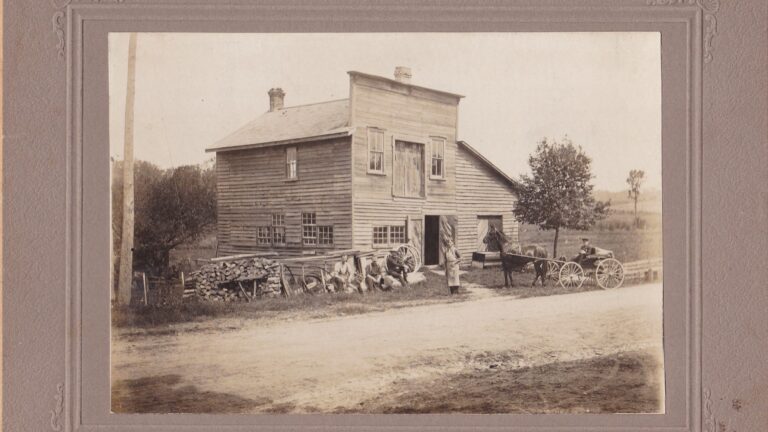